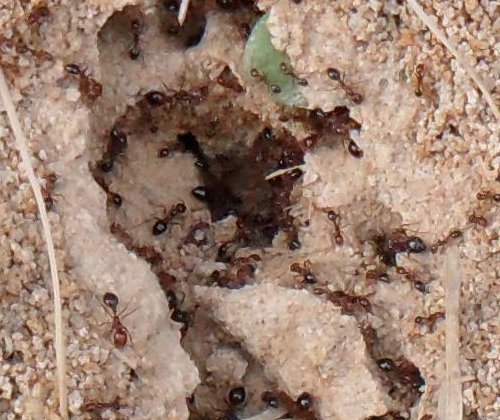 The red imported fire ant was introduced into the United States in the 1930’s. Traveling in soil used as ballast on cargo ships that arrived in Mobile, Alabama from South America. South Americans don’t have nearly the problem that the United States does. They only have 20% as many fire ants as we do, probably because North America lacks the natural enemies of Fire ants.Fire ants are extremely aggressive. They initially spread throughout Alabama and Florida, but it didn’t take them long to invade twelve of our southeastern states, including North Carolina. The sting of the Red Imported Fire Ant has venom composed of a necrotizing alkaloid, which causes both pain and the formation of white pustules that appear one day after the sting.Here are a few ways to tell if you have a Fire Ant problem. Fire ants are no joke if you begin to see mounds in the yard keep kids and pets out of the yard until they are dealt with. I have heard hundreds of stories about kids accidentally falling on fire ant mounds. If you decide to try to control them your self I would suggest going with a granular bait, most over the counter products do at least a decent job. However with these pests it is probably pest to allow a professional to handle the problem for you. Thanks to new innovations and training in our industry we are able to get and maintain control of Fire ants without having to treat your entire yard.